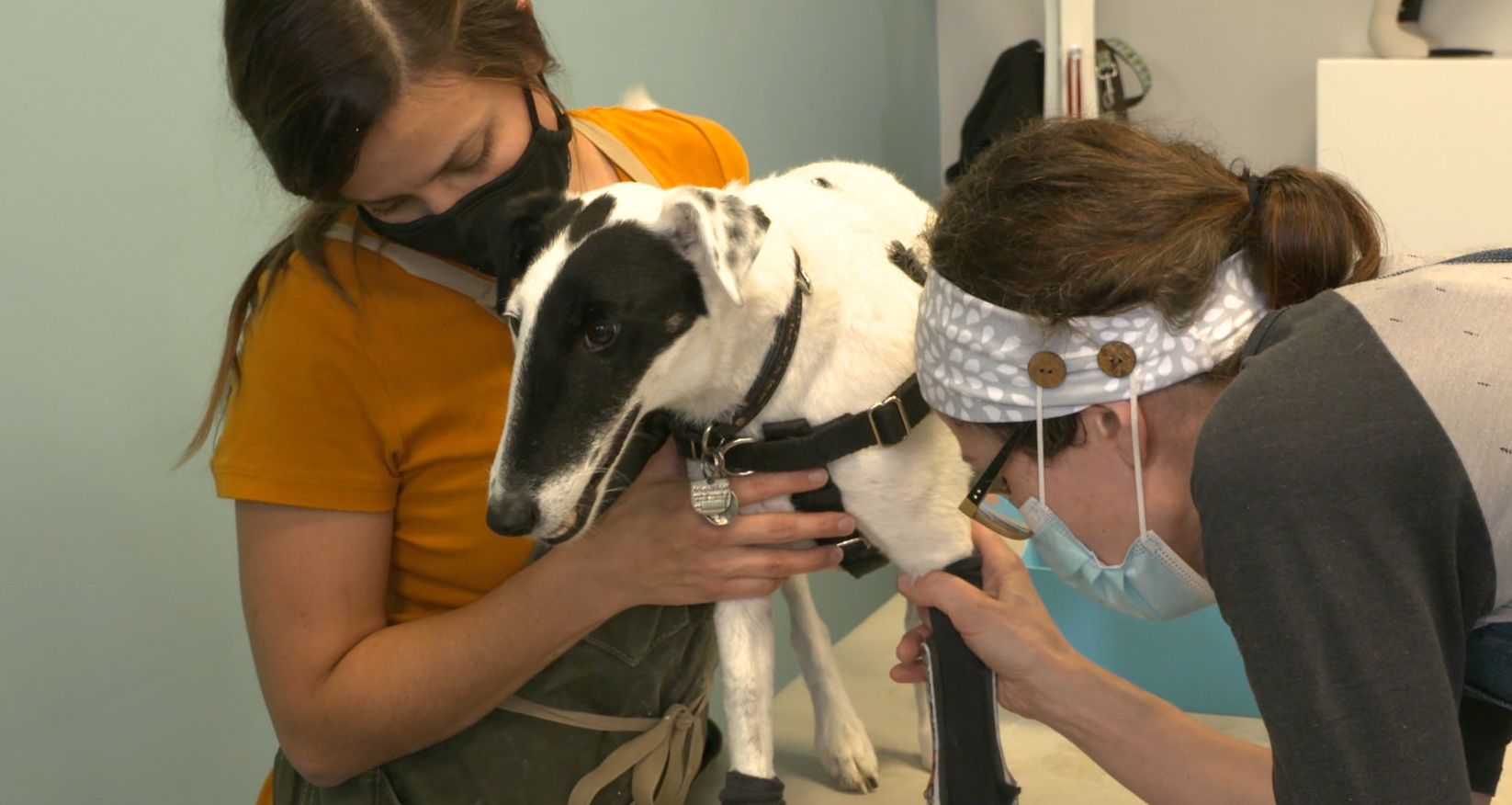 Adaptable Animals looks at the world of animals with disabilities, and the advances in veterinary medicine that provide them with prosthetics, thanks to the specialized work of Janice Olynich.

Adaptable Animals looks at the world of animals with disabilities, and the advances in veterinary medicine that provide them with prosthetics, thanks to the specialized work of Janice Olynich.

What makes an animal adaptable?

For Janice Olynich at PawsAbility in Toronto, it means dogs, cats and other animals who use prosthetic and orthotic devices to lead happy, active lives.

With issues ranging from limb amputations to degenerative diseases, Janice has adapted her human prosthetic and orthotic skills to create cutting-edge devices for some of the cutest clientele around.

Don't believe us? Just meet some of them for yourself! 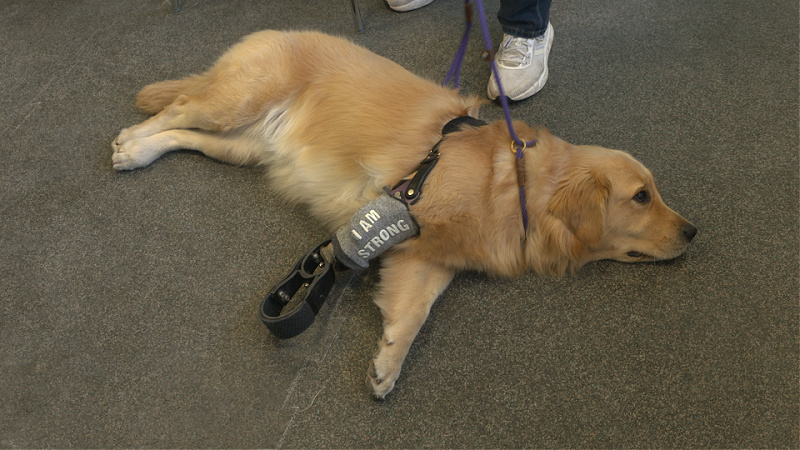 Known for: being tough on prosthetic devices

Frankie is an energetic and fun-loving golden retriever who, despite having a short residual limb, has become a prosthetic superstar. Whether she's chasing ducks in the lake at the cottage, running as fast as her other retriever friends at puppy play, or visiting children with limb differences at school, Frankie is always looking to have a good time and meet new friends. All of that activity means her prosthetic devices take quite a licking, and Janice has had to put more bolts into Frankie's devices than any other. On Adaptable Animals, Frankie's prosthetic skills will be on full display as she makes one of her most heartwarming and important social visits yet! 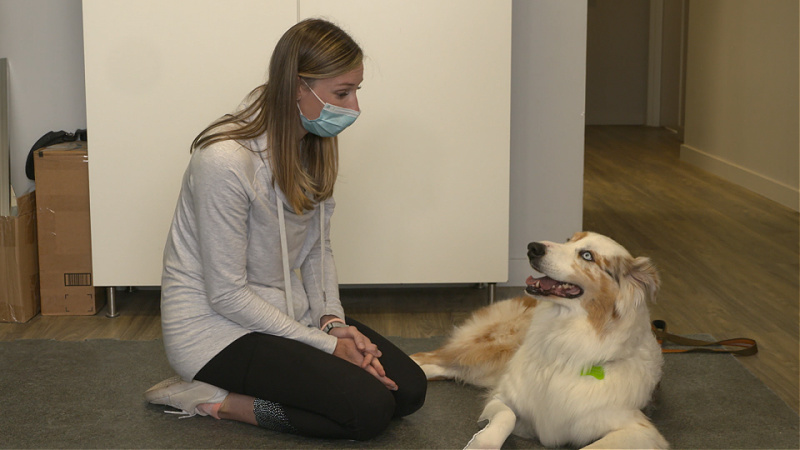 Known for: being so amazing that you can’t help but fall in love with him

Mookie is an athletic and loving Australian Shepherd who used to enjoy going for runs and doing agility training with his mom, Kristie. After being hit by a truck over a year ago, however, Mookie has been dealing with serious nerve damage in one of his legs. Despite his injury, this adventurous pup has been enjoying meeting and watching over his new (human) baby sister and has quickly adapted to life on three legs, but his family hopes a brace will help him get back to his high-speed, active lifestyle. 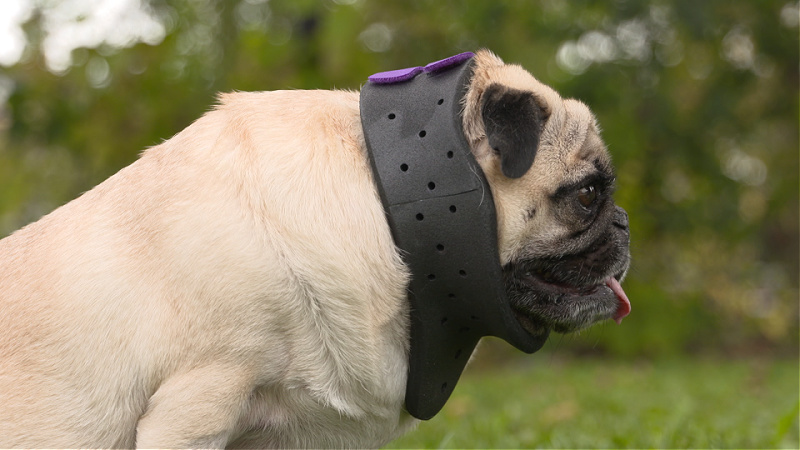 Known for: epic levels of sass and stubbornness

Phoebe is a little pug with a big personality. She loves being around people and getting as much attention and treats (preferably beef liver or apples) as possible. Her other hobbies include relaxing, being petted, and being carried. Phoebe's already had one brush with fame after being featured on a popular dog Instagram feed where her photo garnered over 200,000 likes and gained Phoebe more IG followers than her mom, Mariah. Now with her television debut right around the corner, who knows what the future will hold for this sassy little diva! 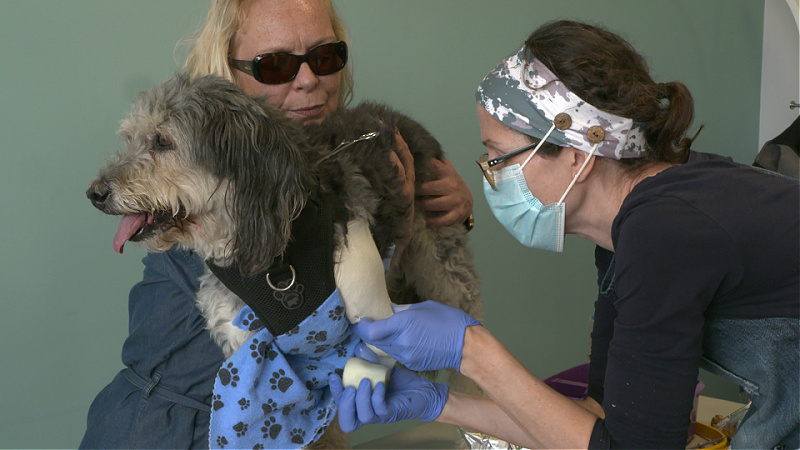 Known for: being a happy dog who smiles when he walks

Noodles is a friendly and playful dog who was rescued off the streets of Mexico and now calls Canada home. He's quickly adapted to life here and loves playing in the snow, rolling on his back, and going for walks. Thanks to his warm personality, Noodles has become a popular pup in his hometown, and his mom, Anna, says he likes the attention and is a bit of a show-off. When he returns home from PawsAbility with a new prosthetic device, Noodles will no doubt be the talk of the town yet again, but the question is: will he be able to get used to walking with it? 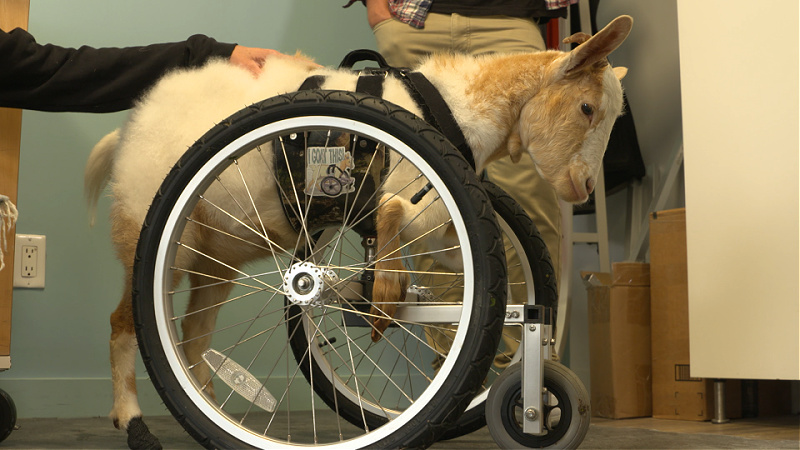 Known for: being really, really smart

Roo is a wild and rambunctious 18-month-old goat who was born without the use of her two front legs. Now, she gets around in a front-wheeled cart that Janice designed just for her. While she lives on a farm sanctuary with many other animals, Roo is a house goat who loves running around the kitchen island, snacking on leafy greens, and sitting on the couch. She'll be in for a surprise when she goes to PawsAbility for some regular maintenance and also winds up getting a visit from a fellow front cart user, but as the custom sticker on her cart says, she's "goat" this!

Don't miss all of these tail-wagging adventures! Adaptable Animals airs Wednesdays at 8 p.m. Eastern on AMI-tv. Stream episodes anytime on AMI.ca and the AMI-tv App.

on the AMI-tv App.