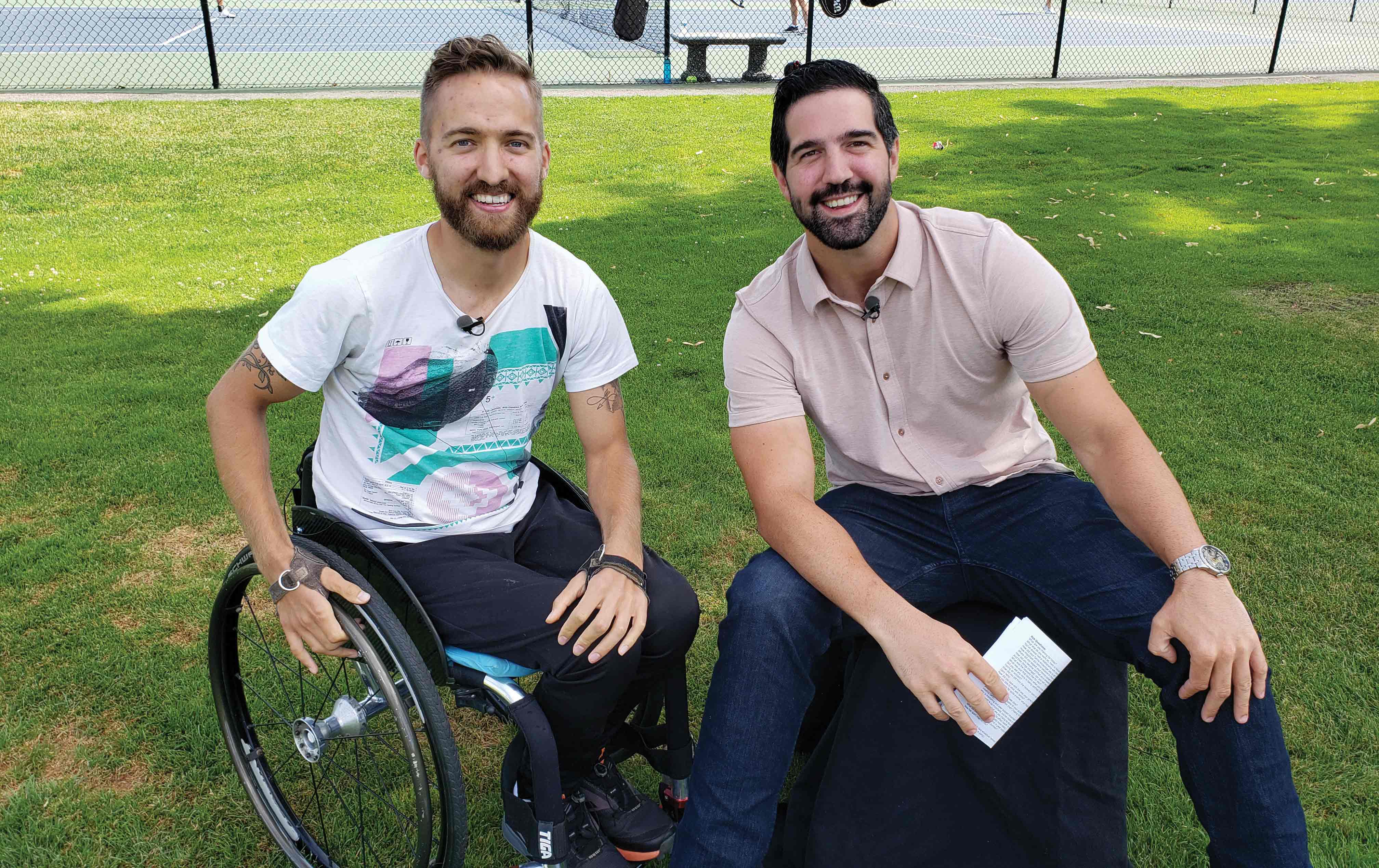 “I want people to be a little more invested in our Para athletes and care when they succeed.”

Hosted by Paralympian Greg Westlake, Level Playing Field travels across the country, following the stories of athletes and organizations.

Level Playing Field began as two pilot episodes featuring Para Ice Hockey and Para Cycling. Development for eight half-hour episodes followed and changes were made, like spending more time with the athletes and their stories.

“That really allows the show to feel different from others that are out there,” Ted says. To that end, several days were spent speaking to the athletes, getting to know them, and digging deep into their stories.

In the premiere episode, viewers meet Rob Shaw. The 30-year-old Para athlete from North Bay, ON, has been playing tennis competitively from a young age and coaching, including coaching wheelchair tennis. After sustaining a spinal cord injury that resulted in C5-C6 level paralysis in all four limbs, Rob has limited mobility but has not stopped playing the sport he loves.

“Greg showed a commitment to this project that we all loved,” Ted says. “The familiarity and comfort you see in his interviews is a result of being around Para athletes all the time. He has the street cred and they are very comfortable talking to him about their setbacks and triumphs.”

Season one of Level Playing Field features Integrated Described Video (IDV) making it accessible to individuals who are blind or partially sighted.