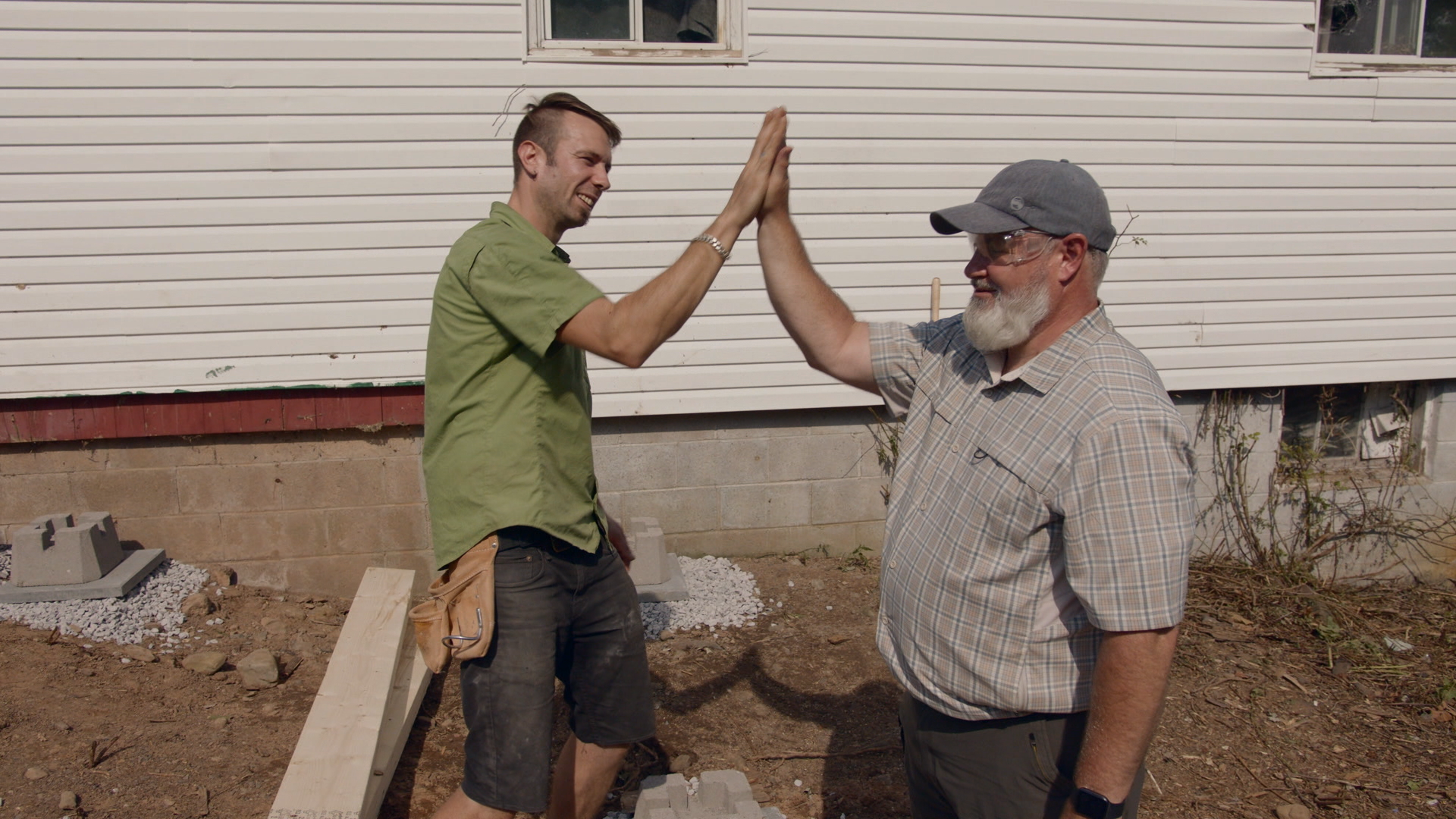 Eyes for the Job

Chris Judge and Erwan Fresq tackle DIY projects in their community with a little help from their travelling workshop in a converted camper van!

Eyes for the Job

Chris Judge and Erwan Fresq tackle DIY projects in their community with a little help from their travelling workshop in a converted camper van! 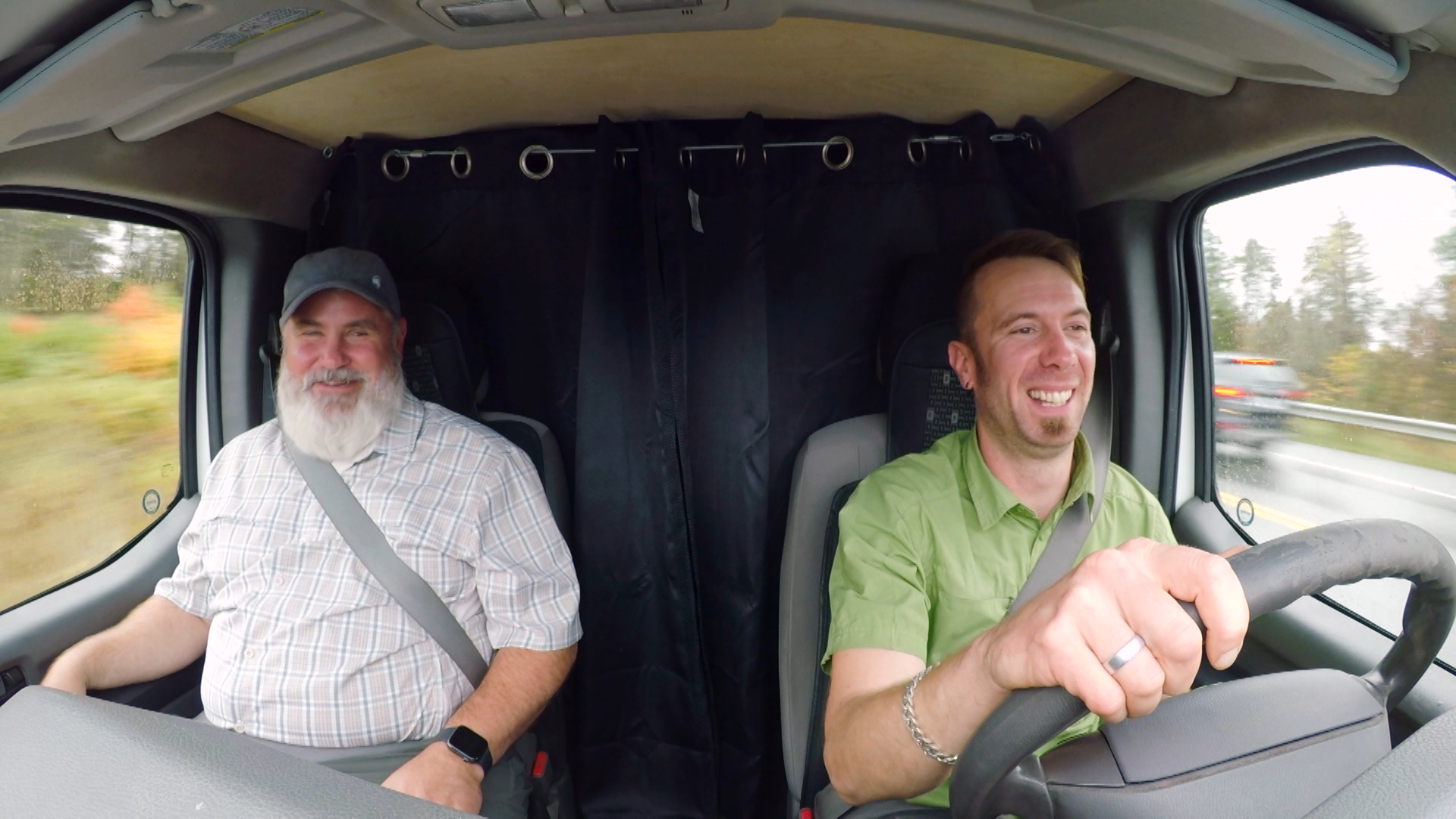 Chris Judge is hitting the road for Season four of Eyes for the Job. And no, Chris—who is blind—is not behind the wheel of the show's tricked-out van.

That responsibility falls to Erwan Fresq, Chris' co-host and right-hand man for an all-new set of 13 episodes. In them, the pair take on do-it-yourself projects in the Halifax community with help from their travelling workshop in a converted camper van. From renovating kitchens and home offices to backyards and basements, Chris and Erwan tackle DIY with a smile.

"Instead of a home base, like in past seasons, we have a mobile home base," Chris says. "The van was totally renovated inside and all of our tools come with us. We're in a different spot every day, and it's all right there with us. It's great."

Unlike last season, which was based out of a community workshop setting with smaller projects, Chris, Erwan and their crew visit home and business owners for bigger renovation projects. Kitchens, home offices and basements are tackled, as are decks, canoe storage, community gardens and an outdoor café. Chris enjoyed the change of scenery each project afforded him.

COVID-19 did throw a wrench in production, but Chris says it continued safely under strict protocols, including temperature checks, not shaking hands ("that was a tough one for me because my hand automatically pops out like a jack-in-the-box") and ensuring safety measures were implemented at each filming location.

As for his new co-host, Chis has nothing but positive words about Erwan. Though he has no previous experience in television, he's well versed in DIY.

"Erwan has his own workshop at his house and has done home renovations before," Chris says. "He was a lot more than just a driver and helper, believe me."

Eyes for the Job airs Tuesdays at 8 p.m. Eastern on AMI-tv. Stream past seasons and episodes on AMI.ca and the AMI-tv App.

Duration: minutes and seconds 03:27 mins In this Eyes for the Job digital exclusive, Chris Judge does some deep spy work to ascertain if Erwan Fresq has what it takes to be Chris' right hand man. And that involves ... checkers?!
S4 Season 4 | Posted on: January 26, 2021 | Show page:Eyes for the Job

Duration: minutes and seconds 03:43 mins In this Eyes for the Job digital exclusive, Chris Judge and Erwan Fresq show - and describe - how to change a vehicle's flat tire safely and quickly.
S4 Season 4 | Posted on: January 27, 2021 | Show page:Eyes for the Job
Back to the top