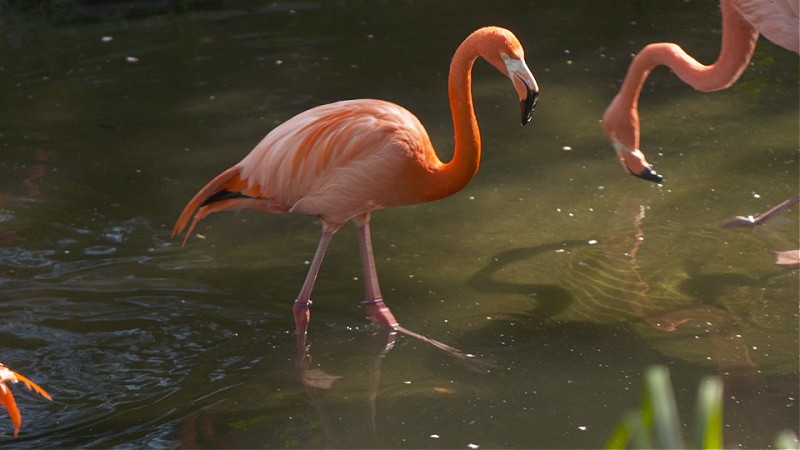 As the days get longer and the warmer weather approaches, spring leads to more days enjoying the sunshine and outdoors. While we are not at a point of returning to the pre-pandemic “normal” we all aspire to, there are many things that have opened up again for our enjoyment.

One of my favourite places to visit in Toronto has been the Toronto Zoo. I have always enjoyed checking out the animals and learning more about the natural world around us. It had been a while since I visited last, and was eager to return to a place that brings me so much joy.

I was excited to learn that I would the get the chance to learn about a couple more animals with Animal Class. This time it would be the flamingo and hyena, two animals I soon realized I knew little about. Yes, I knew flamingos were long, pink birds that were surprisingly adaptable to their environments, but I did not know about their behavior, their ability to wrap themselves with their necks, or the social structure that they form in their groups.

It was truly fascinating to watch the personalities of the individual flamingos show themselves while we were there. There was one female in particular that harassed and essentially bullied the other groups of flamingos as she tried to assert her dominance of the group. I watched as she would go and push around and bug other flamingos, but she would meet resistance as a group of three or four of them would stand their ground and squawk back until she left. It was the truest showcase of the fight for social dominance in the herd, but also the bonds and relationships that the birds would form with others in their groups. I had never paid that much time or attention to a particular group of animals at a zoo before and I was glad I did because it opened a new appreciation for the complex social structures they have.

Plus, when they got tired of all the squawking and fighting, they would nestle themselves to sleep by laying their heads and necks on their bodies, which seemed impossible to do given the size of their necks. However, they are able to bend and position their necks to wrap around the top of their bodies, preserving warmth and providing comfort. It looks strange, uncomfortable and slightly unnatural, but it was fascinating to watch.

When visiting a zoo, especially one the size of Toronto Zoo, you can be forgiven for overlooking the less popular animals like the flamingo, and focusing your attention on the big cats, rhinos, giraffes, apes and bears. But next time you visit, I recommend that you slow down a little bit and spend some time observing the wide array of other animals the zoo has, like the flamingo, because you may be surprised just how much you learn from them. Who knows, they may even become your new favourite animal!

Watch AMI This Week, Monday at 8 p.m. Eastern on AMI-tv, to learn more.