Accessible Media Inc. (AMI), in partnership with ReelAbilities Film Festival Toronto and the Miles Nadal JCC, and sponsored by the Canada Media Fund (CMF), is pleased to announce the six Canadians—from over 180 applicants—invited to participate in the first-ever Accessible Writers’ Lab.

The Accessible Writers’ Lab, which runs until November, is an innovative, national lab for writers with disabilities and established showrunners/senior writers to experiment with what an accessible TV writers’ room might look like, breaking down barriers and creating pathways for creatives in the disability community to thrive in the Canadian television industry.

As previously announced, the Accessible Writers’ Lab is designed and led by multi-award-winning disabled writer, performer and consultant Ophira Calof. This initiative is designed to address those barriers by focusing on collective accessibility, fostering relationships and knowledge sharing and culminates in a case study report that will be distributed industry wide.

“I am incredibly excited to work with the participants of our first edition of the Accessible Writers’ Lab,” says Ophira Calof. “They each bring a unique set of skills and experience to the program, with the common goal of building a truly accessible Canadian television industry.”

The participants in the Accessible Writers’ Lab are: 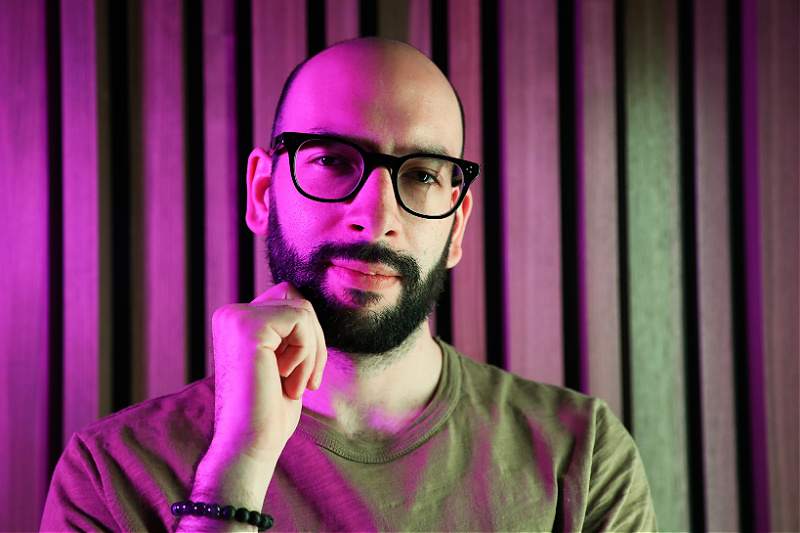 Connor Yuzwenko-Martin is a Deaf creator born on Treaty 6 land in the region of amiskwaciy in the city known as Edmonton. He is a fourth-generation settler with ancestry in Ireland and Ukraine. Both nations have a long and complicated history of working alongside or against the Indigenous peoples of this region, which include the Tsuut’ina, Nehiyawak, Anishinaabe, the Nakota Sioux and the Niitsitapi.

Connor is a professional communications specialist, actor, producer and playwright. He has nurtured a lifelong passion for theatre and accessibility, beginning in grade school with simple skits and continuing into his young adulthood with his first professional engagement as a rookie improvisor at Rapid Fire Theatre. To date, he has worked with organizations that include Edmonton International Fringe Festival, Intrepid Theatre/Victoria Fringe, SOUND OFF Festival, Nextfest, RISER Edmonton, Tiny Bear Jaws, Good Women Dance Collective, Outside the March, Quickdraw Animation Society and Sync Leadership Canada.

In June 2020, Connor premiered his first independent performance, The Invisible Practice, during Nextfest 2020, which took place online amidst the COVID-19 pandemic. This was followed up with The Invisible Practice: Grief on the Hands in 2021. Currently, he is writing and producing his first original script, After Faust, in partnership with RISER Edmonton.

Connor relentlessly explores the intersections between Deaf/Disability experience, art, advocacy and leadership. He is also a certified Access Activator through Tangled Art + Disability’s training program. In 2021, Connor completed his Public Relations diploma from MacEwan University and holds a Bachelor of Arts in Political Science at the University of Alberta (2014).
Instagram: @temporalways
Twitter: @TemporalThinker 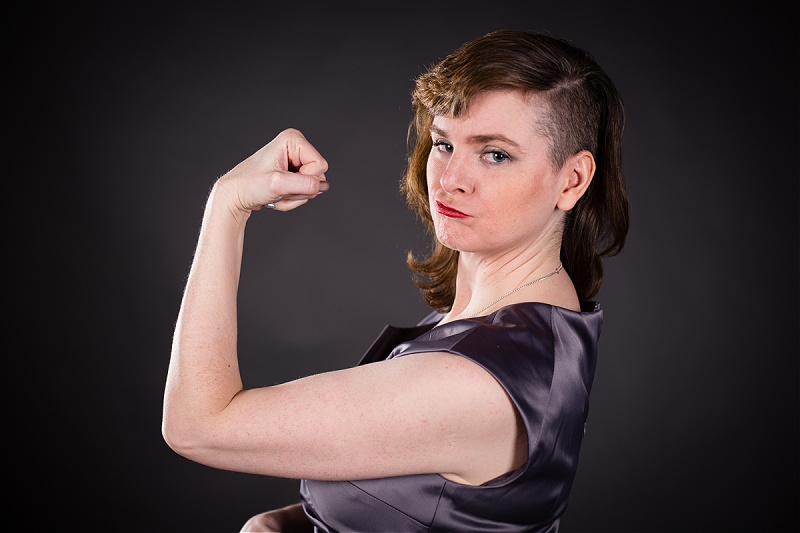 As a community leader in web series and transmedia, Carrie co-founded such community-building initiatives as the non-profit professional association WebSeries Canada (2013), the seminar-series meetup group Transmedia 101 (2011-13), and the renowned web series festival T.O. WebFest (as well as co-producing its 2014 inaugural year).

Carrie has been a creative producer, consulting producer and associate producer for a variety of screen content formats including web series, narrative film, documentary film and TV. Recently, she was the executive producer and creator of Stargaze, a queer campy sci-fi digital series intended for OTT, the pilot of which wrapped post-production spring of 2022. Stargaze was generously funded by Ontario Creates and produced by Borken Creative Inc., the production company where Carrie serves as president. Carrie also served as a writer in the story room for the TV development project Studio Killers 404.
Twitter: @Bitcherific @BorkenCreative 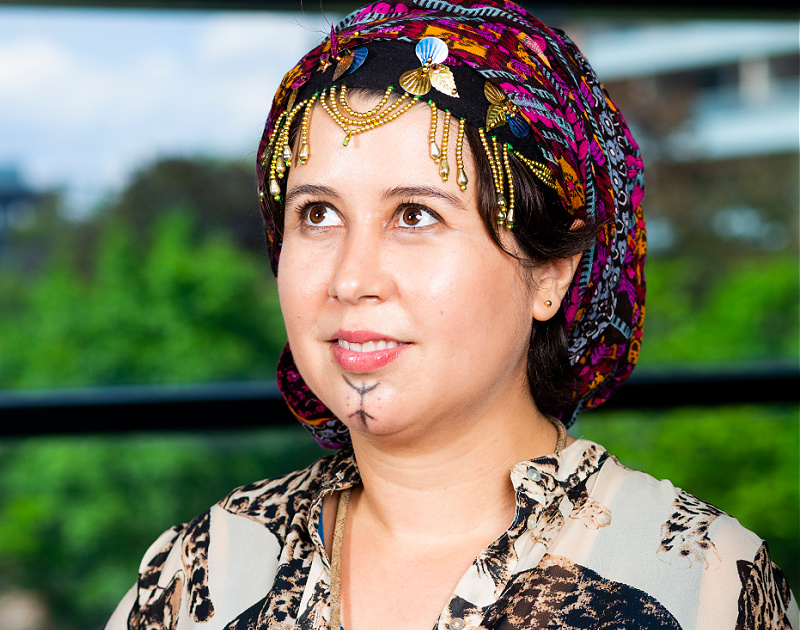 M.C Cruz is a child of Chilean immigrants who was born, raised and is currently based in Toronto. They have lived in Chile for two years and, more recently, completed an Artist Residency in Morocco and Spain. M.C attended the Etobicoke School of the Arts, majoring in Visual Arts, before moving to Vancouver to study film and video production at Capilano University. As part of Fright Film Academy and Fright Film School, they facilitated filmmaking workshops for marginalized communities. They have written, directed and produced several live action and animated short films, including Vampyric PSA, La Llorona and Root Causes. The animated film Root Causes screened at OCAD in a special preview, and Rendezvous with Madness Film Festival with an invitation to join a filmmakers’ panel.

Their painting series Refuge From Home was showcased at the University of Toronto and Toronto City Hall during October 2019 as well as at the Toronto Media Arts Centre for Being Scene 2020. They recently created and presented paintings for Unusual Spaces, a virtual art party by Hercinia Arts Collective. This work was done in Asilah, Morocco, during the COVID-19 pandemic and addresses the strange times and circumstances we are in. The Cruz Herrera Museum in Spain also featured their latest artwork in a special online video presentation. They were recently awarded a $15,000 grant from the Indigenous Screen Office Solidarity Fund to research and write a screenplay.

Their ultra-short, animated film First Three Months will be competing at Anijam 2022, part of the Toronto Animated Image Society showcase. They are also working on a feature documentary film and series of paintings about the massive street protests happening in Chile (el estallido social). Their goal is to continue creating work that challenges the status quo while being visually and narratively compelling.
Instagram: @Aisha_Amcic
Twitter: @localeopardlady 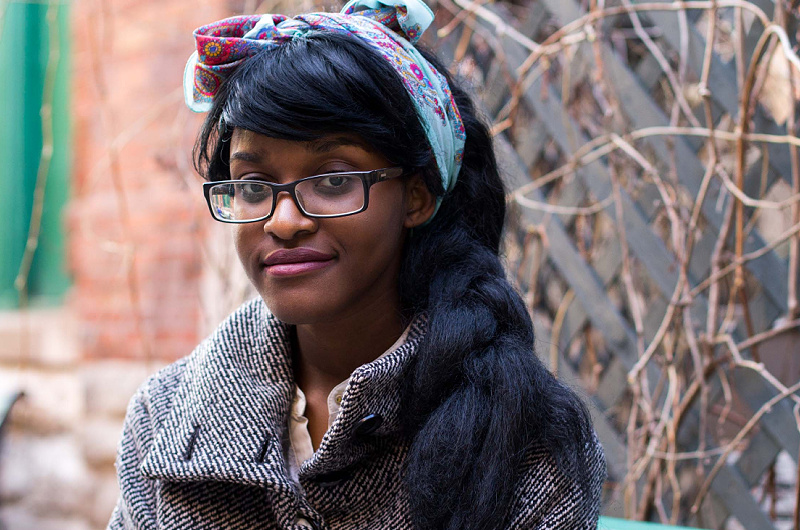 Kitoko Mai is a multidisciplinary artist, based in Ontario, who is primarily interested in creating performance-based work that challenges the notion of binaries and explores power dynamics within marginalized communities. Kitoko is the recipient of the 2021 Promising Pen Prize from Cahoots Theatre, and a 2020 Gilded Hammer Emerging Artist Award from Hamilton Fringe Festival. They currently have several unscripted TV projects at different stages of development.
Instagram: @Kitokomai 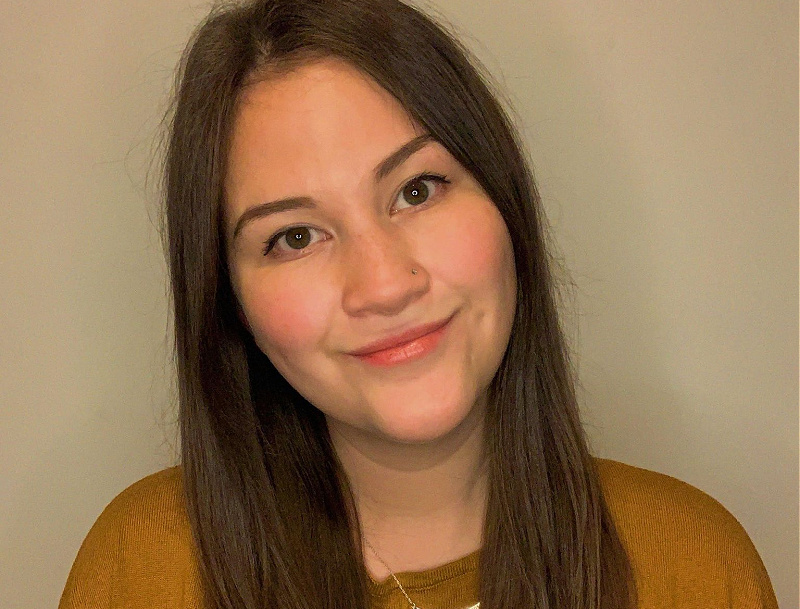 Katarina Ziervogel is an Ojibway-Mohawk woman from Treaty 1 Territory. She is a Deaf writer and filmmaker who is a registered member of Sagkeeng First Nation. She was born in Edmonton, Alberta, but moved to Winnipeg, Manitoba, at age 10 and considers it her true home. Katarina moved to Toronto, Ontario, at the age of 20 to attend Toronto Metropolitan University’s Media Production program. Upon graduation, her first co-written feature with Madison Thomas, Finality of Dusk, entered post-production. She was also the subject of an episode of APTN’s hit documentary series 7TH GEN, celebrating her triumphs in life and her career. Katarina is currently developing her first feature-length documentary. Her main career goal is to increase the visibility of Indigenous and Deaf representation in the mainstream media.
Instagram: @katarinaziervogel 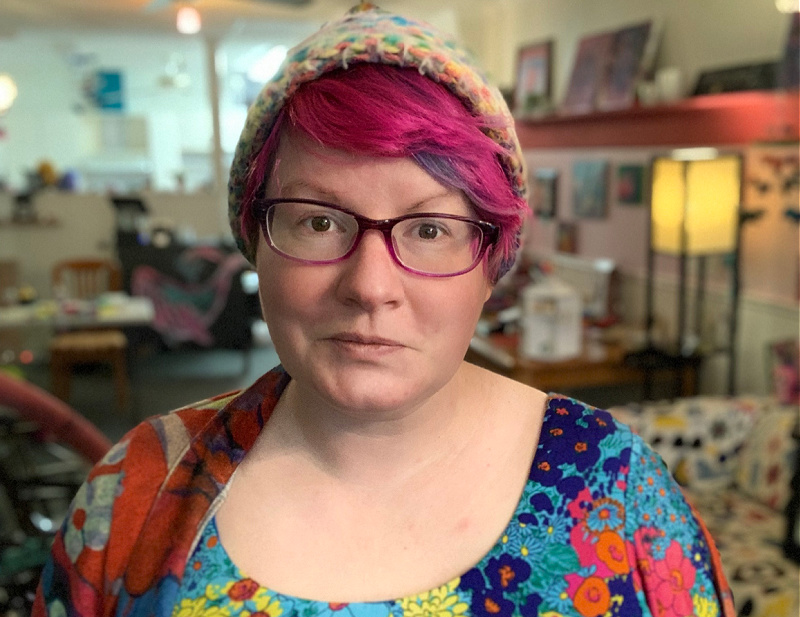 Wake Lloire (they/them) is a parent, poet, comedian, writer and non-binary human from Northern Manitoba, currently residing on the unceded territory of the Anishinaabe peoples outside Ottawa, Ontario. They have a strange little creative community space in Almonte (the town where all those Hallmark movies were filmed) called Curious & Kind.