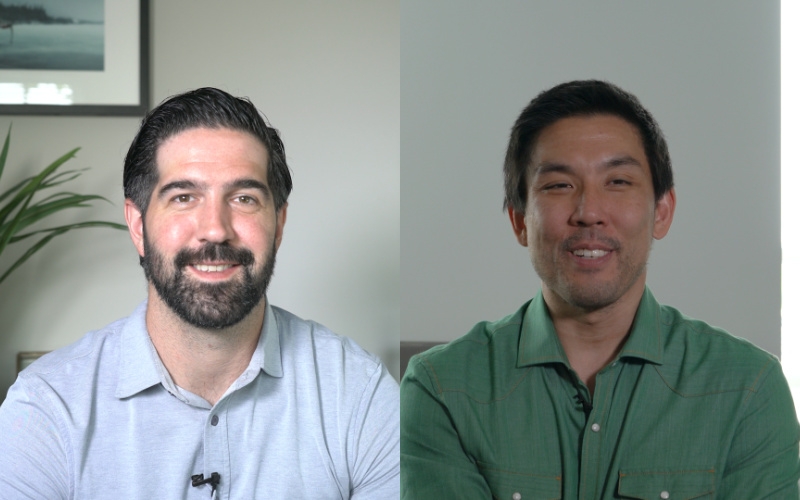 Beyond the Field - Media

Beyond the Field examines important issues impacting the world of sport, specifically parasport. Join our hosts, Paralympians Greg Westlake and Travis Murao, as they raise awareness and push the conversation forward through discussions with elite para-athletes, experts, and coaches.

Beyond the Field debuts Monday, July 12, at 8:30 p.m. Eastern on AMI-tv. Stream episodes on AMI.ca and the AMI-tv App.

Para ice hockey team captain Greg Westlake helped Canada to the silver medal at the PyeongChang 2018 Paralympic Winter Games. Greg competed at his third Paralympic Games in 2014, in Sochi, and collected a second career Paralympic medal as Canada won the bronze. Greg finished the Sochi Paralympic Games tournament with four points in five games, including an assist on Billy Bridges’ insurance goal in the bronze medal game 3-0 victory over Norway. He began playing Para ice hockey with the Mississauga Cruisers in 2001 and made his debut in 2003 with Team Canada at age 17.

Travis Murao was introduced to wheelchair rugby by Duncan Campbell, one of the inventors of the sport. He started playing while still in G.F. Strong Rehabilitation Hospital and quickly became hooked on the intellectual side of the sport. Murao’s passion for both English Literature and wheelchair rugby took him to Tucson where he studied English at the University of Arizona and won a U.S. Quad Rugby Association national championship title with the Tucson Pterodactyls. Now, he’s living in Toronto training full time in the hopes of capturing gold at the Tokyo 2020 Paralympic Games.

To celebrate the debut of Beyond the Field, please enjoy the enclosed hot/cold eye mask.

Stream episodes of Beyond the Field