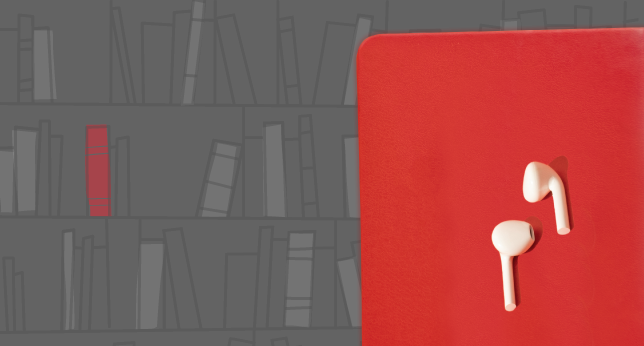 Red Széll is a writer, broadcaster and adventurer who refuses to allow blindness to stand in his way.

A published author himself, he presents Read On: The Audiobook Show, a weekly radio show and podcast devoted to book news, reviews and interviews with leading authors.

In 2013, Red became the first blind person to climb the Old Man of Hoy (the tallest sea-stack in the Northern Hemisphere) – a feat that was captured by top-adventure cameraman Keith Partridge (Touching the Void, Bonington Mountaineer) in a BBC TV documentary.  The following year, Red completed a successful ascent of The Old Man of Stoer. However, his attempt to complete the hat-trick of Tom Patey classic sea stacks by climbing Am Buachaille in 2015 was thwarted by adverse weather and sea conditions.

Instead, he became the first blind person to complete the gruelling 100-mile South Downs Way on a tandem (the route takes in 11,000 feet of hill climbs and he and his sighted tandem partner hit speeds of up to 50 mph on the downhill sections!). A keen year-round open water swimmer, he is also the first blind person to complete the Henley Mile and regularly takes part in wild swimming events around the UK.

In 2019, Red put these three sporting elements of his life together for a second attempt on Am Buachaille. The project was funded by The Holman Prize, an international award run by San Francisco LightHouse enabling projects that seek to change the way blindness is perceived.  The expedition was again filmed by Keith Partridge and the result Shared Vision received its world premier at The Banff Film Festival in November 2019.

Following his 2016 TED Talk, Red continues to appear as a motivational speaker and has also addressed audiences at several of the UK’s top book festivals. The crux of his message: focus on what you can achieve rather than seeing only what you’ve lost.

It’s a theme he also promotes in his regular appearances on BBC Radio and in the wide-range of newspaper, magazine and blog articles he writes…when he’s not daydreaming about the sound of the waves breaking at the base of the next crag he plans to climb!