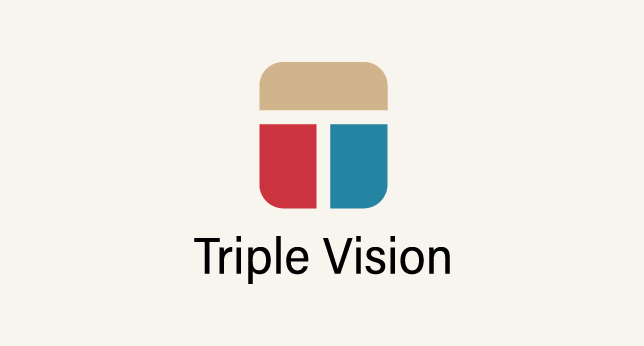 On Triple Vision, hosts David Best and Hanna Leavitt bring you the history of Canadians who are blind, deafblind and partially sighted, one story at a time, illuminating the challenges of the past, present, and future.

On Triple Vision, hosts David Best and Hanna Leavitt bring you the history of Canadians who are blind, deafblind and partially sighted, one story at a time, illuminating the challenges of the past, present, and future.

DON’T Give Me Shelter! The history of employment for Blind Canadians, Part 1

This week, the Triple Vision team starts a series on the history of employment for Canadians who are blind, deafblind and partially sighted.

In today’s look back, Peter speaks with Geoffrey Reaume, Assistant Professor of Critical Disability Studies at York University, about the impacts of the industrial revolution and the development of the sheltered workshop. Starting at the turn of the century, these workshops provided a very basic form of employment for Canadians who are blind, but they were often menial jobs which did not even pay the minimum wage. Hanna then talks with Cathy Stukenberg, who managed a CNIB CaterPlan kiosk for 28 years in Vancouver selling a variety of items ranging from cigarettes to chocolate bars. CaterPlan was CNIB’s answer to the employment problem from 1928 up to the 1980s.

“It was really with the industrial economy that large numbers of people in the industrial world were employed in sheltered workshops. Beginning in the late 19th and early 20th centuries, Goodwill industries in Boston was founded by a philanthropist and spread throughout different parts of North America.… By the mid 20th century, there were large numbers of sheltered workshops established for people with physical, mental and sensory disabilities. People who were blind were especially put to work doing jobs that they were seen as being more capable of doing in regard to tactile work.… Of course it was very exploitative work, where they were paid very poorly and were very, very much not valued as labourers within themselves. So, people with disabilities, blind, people with physical and mental disabilities whose work had previously been more integrated into a pre-industrial economy were more segregated as the industrial revolution speeded up activity. They were considered less capable of contributing to the economy even though in many cases this was certainly not true."

How Was School Today: Part 5 of the History of Education for Canadians who are Blind, Deafblind and Partially Sighted

"Today, the Triple Vision team wraps up its five-part series on education by exploring how a fully-integrated education system has worked for three blind and partially sighted individuals in British Columbia.

Fourteen years ago, Shawn Marsolais started Blind Beginnings, a non-profit organization committed to supporting blind children and youth through their personal and educational journeys. A driving force for Shawn’s desire to start the organization was as a result of her own lack of inclusion in the B.C. education system. Hanna and Peter talk to Shawn, as well as two of her Blind Beginnings participants Jinnie and Nika, about how Blind Beginnings helped support these students through school and now on to university.

The episode caps off an exciting series where many individuals have shared their stories about how socialization, whether it be in an integrated or specialised school setting, is a critical success factor in any student’s success. “I think a big part of what I’m trying to do is realizing how much internalized ableism that I grew up feeling, and still tackle myself as a person in my 40s, it's really hard. When I think, for example, of how long it took me to feel comfortable using a white cane because of the shame I felt using it. When you are growing up in an environment where you’re the only person with a disability most of the time, it's natural that you’re going to have a lot of self-esteem issues and feel less than. So, when you are surrounded by people who are like you, you get to just focus on who you are, not this 'blind' part that you are constantly trying to over-compensate for.” "

How Was School Today: Part 4 of the History of Education for Canadians who are Blind, Deafblind and Partially Sighted

"In this fourth podcast in a series covering the education of Canadians who are blind, deafblind, and partially sighted, the Triple Vision team explores the history of the W. Ross Macdonald School for the Blind in Ontario.

Peter speaks with Dan Maggiacomo, who has the honour of being the school’s Principal in this, its 150th anniversary. Hanna then talks to Alan Conway about his experiences there. The only remaining school for the blind in Canada, the W. Ross Macdonald School continues to evolve to provide relevant educational opportunities for children and youth with vision loss.

“These days it's split about 50–50. Fifty percent of our students are blind and 50 percent of our students have low vision, and they tend to come for perhaps five years or less. We have programs that are just a year or two in duration. We have programs that are a week long several times throughout the year. We still run a robust high school program increasingly doing things like STEM - the sciences and mathematics - where these students are finding the opportunity here to participate fully in those types of programs. So, there was a time when, I think, it was the conception of the school, that we were going to become a school that was really specialized serving students with additional needs only. That period has passed and now we are a comprehensive school. Yes, we have students with all different types of needs, but I think the school now has the greatest range of learners that we have ever had, and that’s absolutely to the school’s benefit.” "