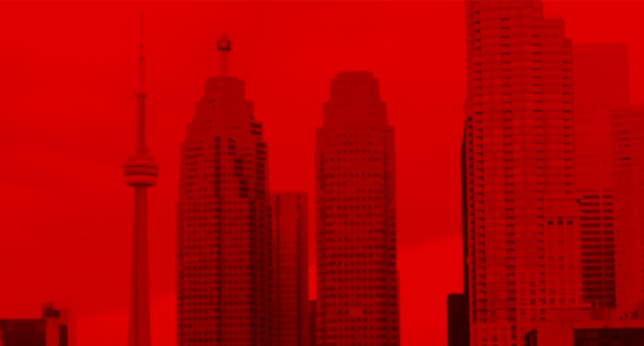 Victoria Nolan
Victoria is a three-time Paralympian and World Champion in rowing, who has won seven medals for Canada including Bronze in Rio. She is also an author, motivational speaker and Director on the CNIB’s National Board. She was diagnosed with Retinitis Pigmentosa at the age of 18. She lives in Toronto with her husband, two children and superstar guide dog Alan! Follow Victoria on Twitter: @blindrower

Laura Bain - Halifax
Laura is a graduate of Saint Mary’s University in Halifax, Nova Scotia. Diagnosed with Retinitis Pigmentosa, she has long had an interest in advocating on behalf of persons with disabilities and in serving as a mentor. When not working as an ATW presenter, Laura likes to spend her time being active and getting outdoors, including hitting the streets or trails on her tandem bike! Follow Laura on Twitter: @coolblindgirl

Grant Hardy - Vancouver
Grant was born and raised in BC and is passionate about broadcasting and dragon boat racing. There’s a real ‘techy’ side to him too, as he’s often exploring the latest gadgets and apps or offering technology training on a volunteer basis. Grant is also committed to making a difference in his community by sharing his story on behalf of the Rick Hansen Foundation’s Ambassador Program. Follow Grant on Twitter: @amigranthardy

Alex Smyth - Toronto
Alex graduated from the journalism program at Mohawk College in 2016 where he discovered his passion for broadcasting and has previously worked for ET Canada and Global News. A self-proclaimed geek, he likes to spend his spare time playing board games, watching sports, and travelling. Diagnosed with Usher’s Syndrome, Alex is determined to help to raise awareness of the issues in the disability community. Follow Alex on Twitter: @AleSmyth

Shelby Travers - Ottawa
Shelby is a recent graduate from the Media Communications program at Humber College. Born and raised in beautiful British Columbia, she has lived in Toronto, Calgary, and now Ottawa pursuing her career in Media and Communications. Shelby loves to engage with new people and learn from their stories. She is very interested in politics and couldn't live without her trusted guide dog Frances. Follow Shelby on Twitter: @Shelby_Travers

Beth Deer - Edmonton
Originally from East Sussex, England, Beth Deer followed her love, Cody, to Canada and has been here ever since. Born with optic nerve hypoplasia and latent nystagmus, Beth lost her sight in 2014. A die-hard soccer fan (Manchester U), Beth has fully immersed herself in the Oiler nation, but has yet to experience her first true Canadian winter. We first met Beth at the CNIB’s Employment Skills Bootcamp in Calgary. She and her guide dog, Patronus, are thrilled to join the AMI family.