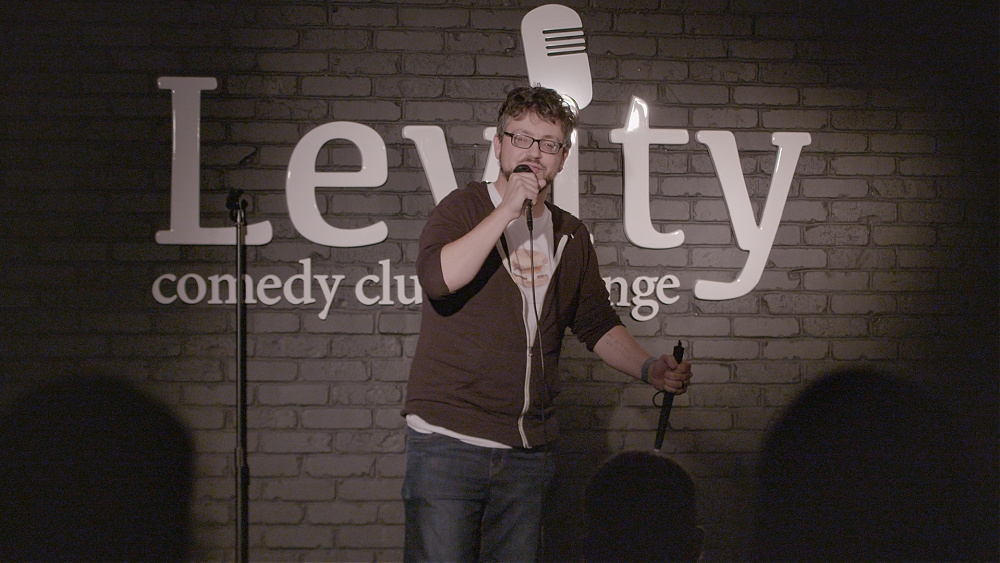 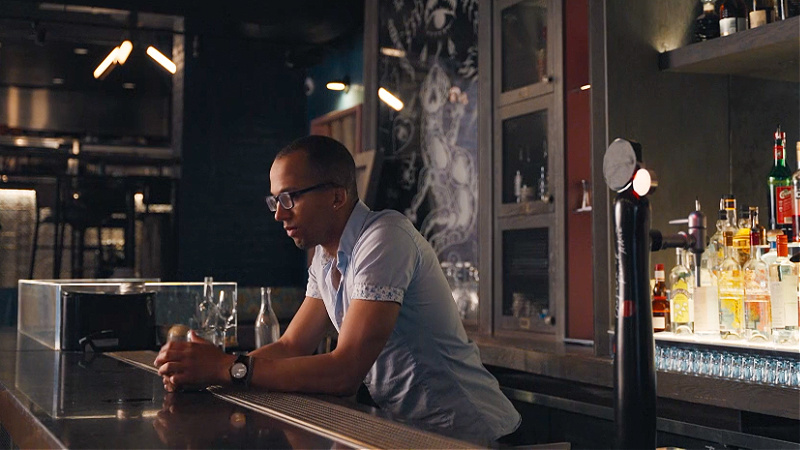 “Tell me a little about yourself...”

Legit, the power those six words have over me is mind-boggling. I never quite know how to answer.

Perhaps I’ll start with some basics and work my way out.

It was late 2019, and my agent pitched me on meeting with the team at Winterhouse Films for a docu-series about performers with disabilities trying to make it in the business.

I thought, “HEY! I’m that guy! I’m trying to do the thing while being half deaf! Let’s go!”

Great timing too—as many things turned out to be—I had recently gotten hearing aids and was reintroduced to “hearing life.”

When I was 24, I started to lose my hearing from a genetic condition called neurofibromatosis type II (NF2). Though hearing is the most common casualty, folks with NF2 also find their bodies riddled with growths along nerve endings in the face, limbs and spine. I’m lucky enough to be one of those folks, and to complicate the process, just about all of them are on a “wait and see” approach.

Now in my 30s, I’ve lost all hearing in my right ear and am profoundly deaf in my left ear. Thankfully, the growths in my spine have not kept pace with the ones in my brain.

The casting with Winterhouse wasn’t like any other audition before. I was not showing up and pasting the shell of a character over me and filling it with my life. No. I showed up with just me. And in case you couldn’t tell, “just me” likes to tell stories—so that’s what I did. I told pieces of my story.

Turns out that charming wit came through and I was offered to be featured in the series.

Over eight months, the team and I worked together to capture the triumphs and tragedies of the business and life. What I perceive to be great success only to be followed by great... well, nothing—back to baseline. It's been the tease of the circus. There is no one way, straight way, or quick way to find yourself a ring leader, but there is my own way ... as off the beaten path as it may be.

The filming process was different. Again, this is about me the person, not me filling myself into the borders of a character. Most of my childhood was a performance. I didn’t quite know how to turn it off—everything was a show. Fifteen years later I’m still putting on a show. This time though, the show means something—it's the truth. As time went on and I became more familiar with the medium and the crew, I began to break down walls I thought were permanent and discovered walls I wasn’t even aware existed.

It seemed I wasn’t actually “over” the things I claimed no longer weighed on me. And all it took for that realization was to have someone ask.

I was given a platform to share myself. So, I did. And having shared those pieces of me with the outside world has been and continues to be cathartic. I too have dreams, aspirations, desires, fears, doubts and self-sabotaging habits just like you! My not being able to hear may change the weight of these variables, but they’re all still there.

My disability is just a piece of me. Not all of me, or even the largest part of me, yet sometimes the world wants to make it the only part of me that matters.

I’m less interested in *making it* a thing than I am in just *doing* the thing.

If any of this has an air of, “What is this guy going on about?” perhaps tuning in to the show will add clarity... or not. I really don’t know.

Now that we’re all caught up... Hi. My name is Caeden Lawrence and I am an actor... who happens to be deaf. 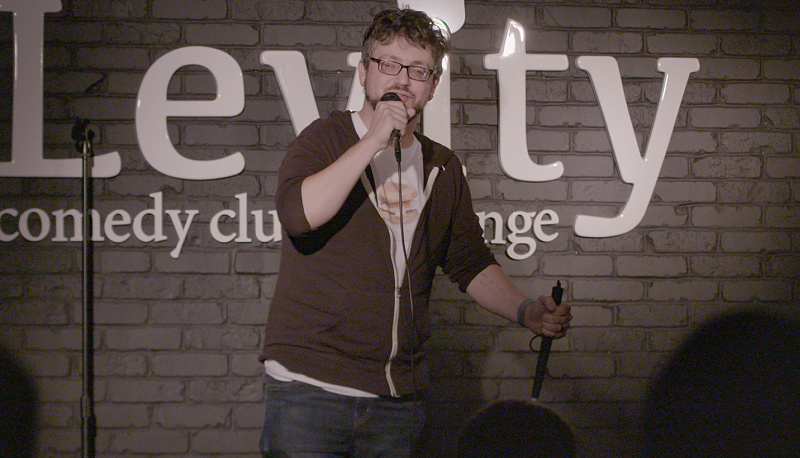 I’ve been a comedian for the better part of the last five years now, and much of what I talk about in my act and storytelling is based on the last decade or so of my living and travelling as a blind person. I lost sight completely in my left eye at age seven from a playground accident and the majority of my vision in my late 20s. Losing my vision at that age meant I had to relearn how to live in a world not designed for me—and that experience continues to give me nearly endless material to work with.

I’m proud of what I’ve been able to achieve in my career as a comedian so far, from being selected as one of CBC’s Top 100 performers in their NextUp competition, to being a returning guest at the ReelAbilities Film Festival’s Comedy Night, to being a quarter-finalist at Toronto’s Comedy Brawl. On the acting front, I’ve most recently had a speaking role on Apple TV+’s See and lent my voice to a number of works, including podcasts and dramatic readings. A personal favourite was the role of Kylo Ren in Star Wars: Duel of the Fates, a dramatic podcast based on an early script for Star Wars Episode IX.

I was extremely flattered—and frankly surprised—when Breaking Character approached me. I’m not entirely sure how they found me if I’m perfectly honest. My website has terrible SEO and I have a promotion/advertising budget of, well, zero. But when Michelle, Karen and Ian popped up on my laptop screen for our initial chat, I was on board with the project immediately.

COVID-19 had derailed everyone’s lives, but especially those of disabled artists. So, I saw Breaking Character as a route back in—back to comedy, storytelling and everything else around it. I viewed it as another avenue to get my message out there, but most importantly, some stage time. I’ve got an ego to feed, after all.

I feel shows like Breaking Character are super important for putting a light on one of the most underrepresented groups in entertainment: people with disabilities. I’m one of many disabled comedians based in Toronto—the majority of whom are far funnier than I am—yet we don’t get the stage time we deserve. I don’t want to call it outright ableism, but a lack of accessible venues keeps us from being seen. Comedy is full of allies who want us to share the stage, and shows like Breaking Character will help get the spotlight (and microphone) right where it needs to be.