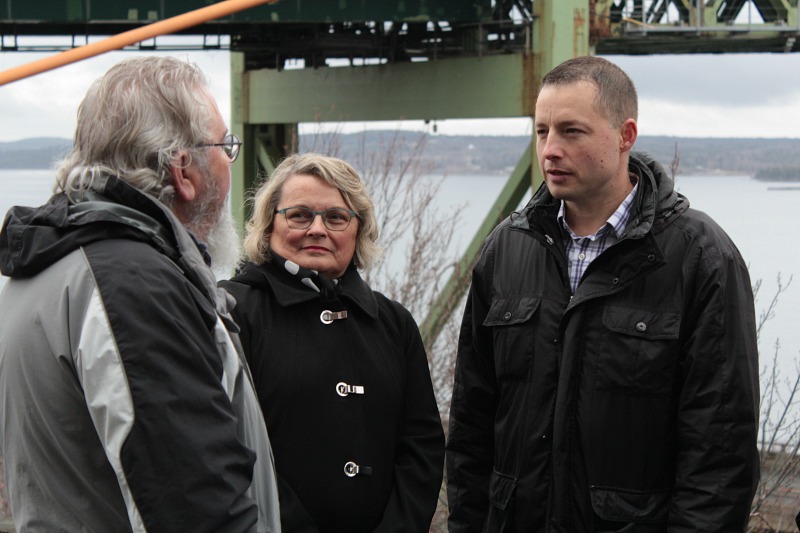 Her death rocked the blind and partially sighted community. Now, an AMI-tv documentary sheds light on Holly Bartlett and revisits the crime.

What Happened to Holly Bartlett, debuting Thursday, March 28, at 9 p.m. Eastern on AMI-tv, re-examines the death of Holly Bartlett, a 31-year-old Dalhousie University graduate student who was blind. Holly was found unconscious under the MacKay Bridge in Halifax, Nova Scotia, early one morning in March of 2010.

Local authorities determined Holly’s death—24 hours later—was accidental, stating she simply became disoriented and fell. But for Holly’s family, there remains several unanswered questions, compelling evidence, and more than one theory about how she may have died.

“There's a mystery there,” says Johanna Eliot, Executive Producer of What Happened to Holly Bartlett and President of the show’s production company, Ocean Entertainment. “We believe something happened that wasn't the straightforward story. That's why we became interested in it.” CBC’s the fifth estate covered the case in 2014, reigniting interest, and Ryan Delehanty—AMI’s Regional Content Specialist in Halifax—kept tabs on Holly’s story with Ocean.

All six episodes are hosted by orientation and mobility specialist Peter Parsons and include interviews with family, friends, investigative reporter Maggie Rahr, and private investigators Brian Parsons and Tom Martin. Computer animation and dramatic recreations are used to explore the various theories about what may have happened.

The companion What Happened to Holly Bartlett podcast, hosted by Maggie Rahr, digs deeper into the inquiry and paints a full picture of Holly’s life and the uncertainty surrounding her death.

Johanna hopes viewers will tune in to What Happened to Holly Bartlett and form their own conclusions about the case. But, more importantly, she hopes they get to know Holly.

“She was a wonderful vivacious person,” Johanna says. “People will want to solve the mystery and they'll have their own interpretation of what they think that happened. Let's honour a fantastic life and the person that Holly was."

What Happened to Holly Bartlett airs Thursdays at 9 p.m. Eastern on AMI-tv. Watch episodes post-broadcast on AMI.ca or via the free AMI-tv App.

The What Happened to Holly Bartlett podcast is available on Apple iTunes, Google Play Music, Stitcher and other podcast catchers immediately following each new television episode.