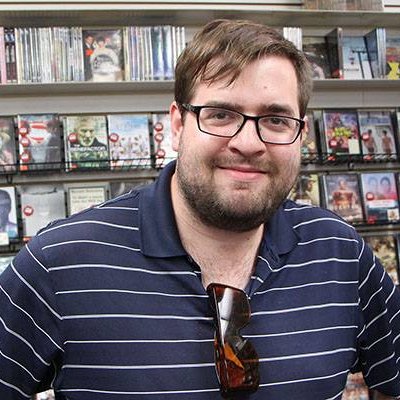 Attending a film festival can be a complex undertaking, especially for someone with a disability. Instead of attending one film screening, you may want to attend five, which means contending with the crowds of people coming in and out and the different venues which may have different levels of accessibility.

My goal in attending Sundance 2020 was to assess its accessibility for those with disabilities that will attend after me. My finding is that Sundance officials are well-intentioned, but still have a great deal of work to do in order to make the festival fully accessible, especially for people with hearing loss, people who benefit from low-sensory screenings, and people with mobility challenges.

This pattern continued for those with hearing loss or who are Deaf. Crip Camp is a film about the disability advocacy movement of the 1980s in the United States. Unfortunately, for me and a Deaf staff member, the captioning failed on the day we went to see the film. This was particularly upsetting because it is a film about “us” – people with disabilities, and people who are traditionally excluded from mainstream society. At least two individuals were excluded that day for a film that was meant to be all-inclusive. Thankfully, Sundance allowed us to call them out on their lack of accessibility during Crip Camp’s post-film Q&A.

After the incident with Crip Camp, and perhaps due to how outspoken the Deaf staff member and I were, Sundance staff pulled an all-nighter trying to resolve captioning issues and eventually got into talks with AT&T, one of the area’s phone providers. I do not want to dwell on this, because there is an easier solution that could have worked just as well: open captioning.

Open captioning is when you have "subtitles" (but for English speaking parts) on screen for everyone to read. Some people will complain, but this helps ensure that the needs of the few are balanced with the pleasure of the many. For the second film in which I experienced a CaptiView failure, I had to leave since the film had already started and I was the outlier. It was me versus 335 people already in attendance, and you do not need to be a utilitarian to figure out how this was going to end.

Open captioning is akin to a wheelchair ramp (thanks to David Radcliff for this metaphor) – everyone can benefit from both, even people who don’t think they need them (they might later). Open captioning, just like the wheelchair ramp, makes the disability and accommodation visible, and both challenge others to get used to accommodating people with disabilities. Accommodations need not be secretive or in the shadows. Disability should not be a source of shame.

Utah being a mountainous region and the majority of the festival taking place within the small town of Park City, it is not surprising it can be hard to get around. I would have liked to see a relaxation/de-stress zone for people with disabilities to hang out and to pass time waiting for the next event. This could be combined with low-sensory screenings to provide a more relaxed atmosphere for the festival attendees. Having a place to centre oneself could allow one to plan his or her route to the next area, without fear of being trampled on, and would greatly reduce stress. I believe the Utah National Ability Center is a perfect location for such an initiative, especially with frequent shuttle travel to and from it and the Festival venues.

This begets an issue: one does not know what one can get, unless one asks for it. However, how do you know what to ask for in a new and unfamiliar situation?

Festivals are comprised of complex social interactions, and many film festivals are not necessarily designed for the public in mind. However, it is important to remember that people with disabilities can also be members of the industries the festival is intended to serve as well. Sundance is a festival that has both a public presence (especially for the citizens of Utah, which was Robert Redford’s intention in creating it in the first place), and a festival that has a big industry impact, especially with regards to the world of independent film the following year.

As more and more films and media take on the challenge of representing the lives of people with disabilities, it is only fair that the venues and events in which those stories play on screen are accessible for everyone. By that token, that means knowing the questions we can all ask to help make venues and events accessible.

I thank the people of Sundance for being part of this conversation with me. That means so much.