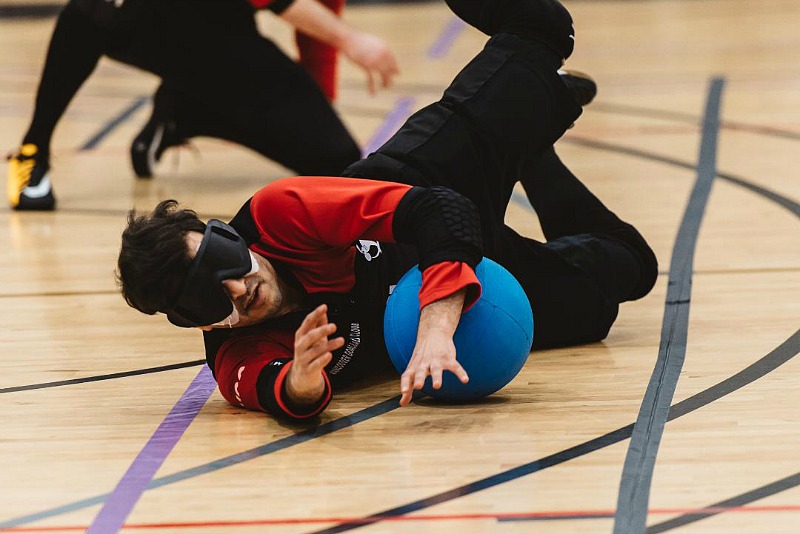 AMI-audio Live will be in attendance at the 5th annual Vancouver Goalball Grand Slam tournament in Surrey, B.C., as NOW with Dave Brown community reporters Jennie Bovard and Amy Amantea—alongside Jeff Ryman, Andrika De Lanerolle and Andy Frank—describe the action as it unfolds.

Taking place from March 13-15 at the Guildford Recreation Centre, teams face off not only for bragging rights but money as well: the top three teams in the amount of $5,000, $2,000 and $1,000 for first, second and third place of each division. Additionally, $250 will be awarded to the Best Offensive Player and the Best Defensive Player in each division. A truly world-class event, squads from Canada, the United States, Finland and Japan are slated to attend.

AMI-audio Live will broadcast several matches per day on Friday, Saturday and Sunday, including the final. See the broadcast schedule below.

A goalball game is played in teams of three with players attempting to score by rolling a ball equipped with bells into the opposing team’s goal. The sound of the bells attached to the ball guides defenders, who use their bodies to block shots. All players, whether they are blind or partially sighted, are required to wear eyeshades and eye patches to ensure a level playing field.

Each game usually lasts 24 minutes, divided into two halves of 12 minutes each. Each team is comprised of three players on the field and three substitutes. While play is in progress, complete silence is necessary so players can react to the ball.

Find the AMI-audio channel with your television service provider or stream the program live at AMI.ca/ListenLive. If you miss the broadcast, download the AMI-audio Live Podcast.